In London, space is of a premium. As a result, the majority of my designs are minimal. This doesn’t mean you can’t be adventurous with designs and colours. Quite the opposite in fact. The limitations almost encourage you to think outside the box.

When a couple in Battersea approached me and initially wanted a black and white kitchen with an island, we went through a couple of concepts. I took their architects’ floorplan and created a 3d visual of what the new basement would look like which gave them a real-world understanding of the space and what could be achieved within it.

Being a basement conversion, we had many discussions about the use of black and white. ‘Black’ isn’t a typical go-to colour due to the low ceilings and inherently dark nature of a basement. After many discussions, the colours changed.
We lost the white.
I thought black and white would be a bit too 80’s and using only white is just too clinical for a space like this and they didn’t want a wood grain. We also needed more storage space so, why not 2 islands? (the clients’ idea, which I thought was brilliant). Lighting in the handrails to add some elegance and use a lacquered gloss finish to reflect the space to make it look bigger.

An emerald green granite worktop was used, which carries on to the splash back. Useful to note that you can request the offcuts if there are any left over. In this instance, they used the offcuts for a couple of coffee tables (first image below)

All of which ties in beautifully with the grey tones they wanted for the rest of the design.

I offered some guidance on appliances, most of which are by Siemens. In this instance, I left purchasing up to them. Sometimes there are better deals to be had online.

The result is below. 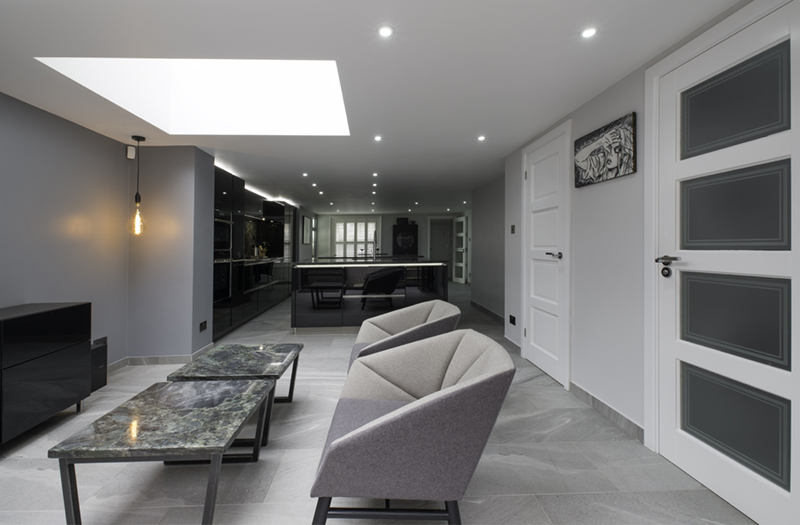 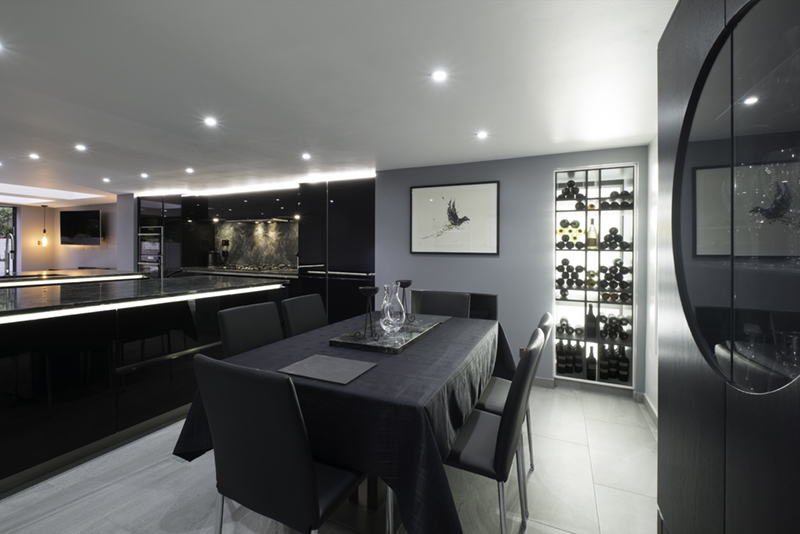 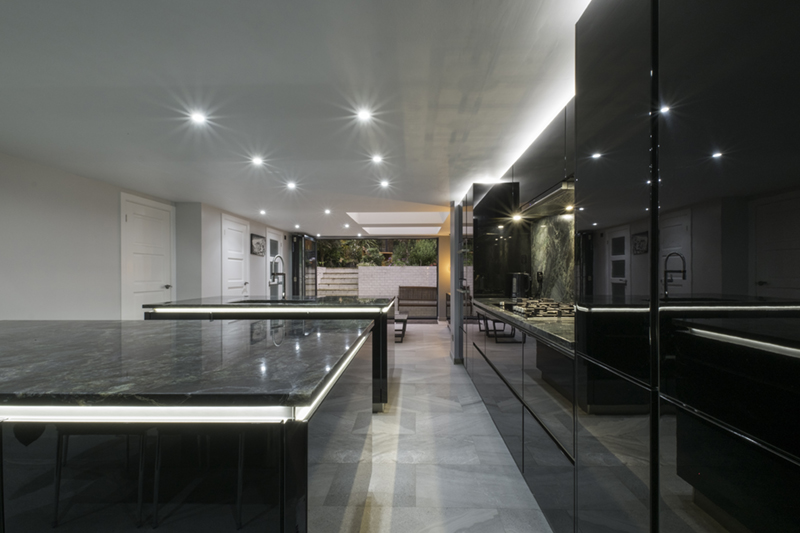 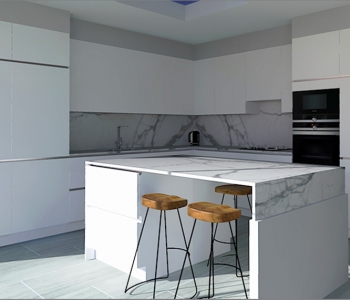 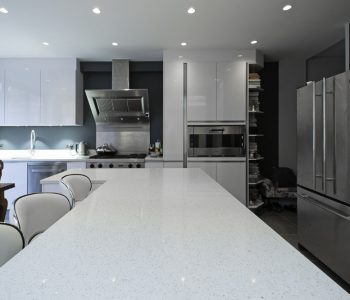 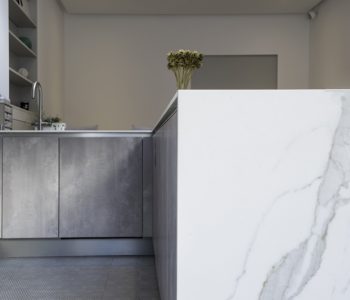 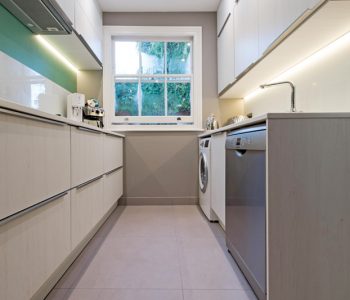